Croquet New Zealand currently have two full time staff members who carry out the day to day operations to ensure the Strategic outcomes are achieved. 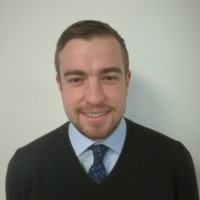 After studying a Bachelor of Commerce at Victoria University of Wellington, he embarked on a career in Sport Management driven by his passion for sport.

Jake brings with him a wealth of knowledge around grant funding, strategy and policy development and planning. 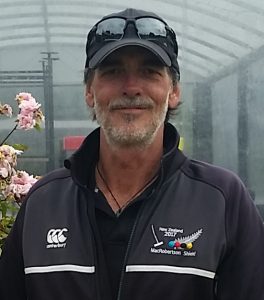 Greg joined Croquet New Zealand in the Sport Development Officer role in 2013.  Initially as a contractor, the role became full time from 2016 as croquet continued to see the benefits of his work.

Greg is currently one of the top Association Croquet players in New Zealand.  Being first introduced to croquet in the late 1970’s at the Brightwater Croquet Club in Nelson, Greg quickly rose up the ranks and earned his first international selection in 1990.

He has represented New Zealand in 6 individual AC World Championships, 5 AC Trans-Tasman series (including 1 as captain and winning 3) and played in 5 MacRobertson Shield series (winning in 2014).  Through his sustained success at the national level, and his international accomplishments, Greg was inducted into the Croquet New Zealand Hall of Fame in 2020.

Greg currently leads the development area of croquet which focuses on the national secondary school programme, youth development, coach development and player development.  He contributes a wealth of croquet knowledge to the role which has enabled much of the success on the world stage in recent years. 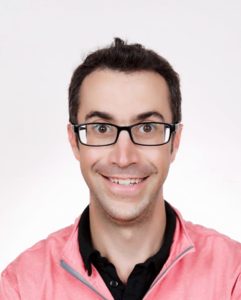 Oliver is originally from South Africa and has spent the past 8 years teaching in Hong Kong.  During this tenure, Oliver has demonstrated an ability to connect and support individuals from different backgrounds and cultures to help them achieve their academic goals as well as learning English as a second language.

This experience will ensure he is able to lead the CNZ Inclusion Initiative, in partnership with the Parafed Network around New Zealand, to help make croquet a sport for everyone.

Oliver is a keen sports fan with a passion for development and engagement at a community level.  His interests include literature, history, cricket and golf.

John is a chartered accountant currently employed by a number of not-for-profit organisations.  His background includes 14 years as the chief accountant at NZ Lotteries Commission.  He has also worked at a registered bank, an insurance company and a government ministry.

More recently he has worked for not-for-profit organisations, an area in which he has developed broad knowledge and skills in both their management accounting and business needs.

He has three adult children and a grandchild.  He began playing croquet three years ago at Waimarie Hutt Valley Croquet Club.